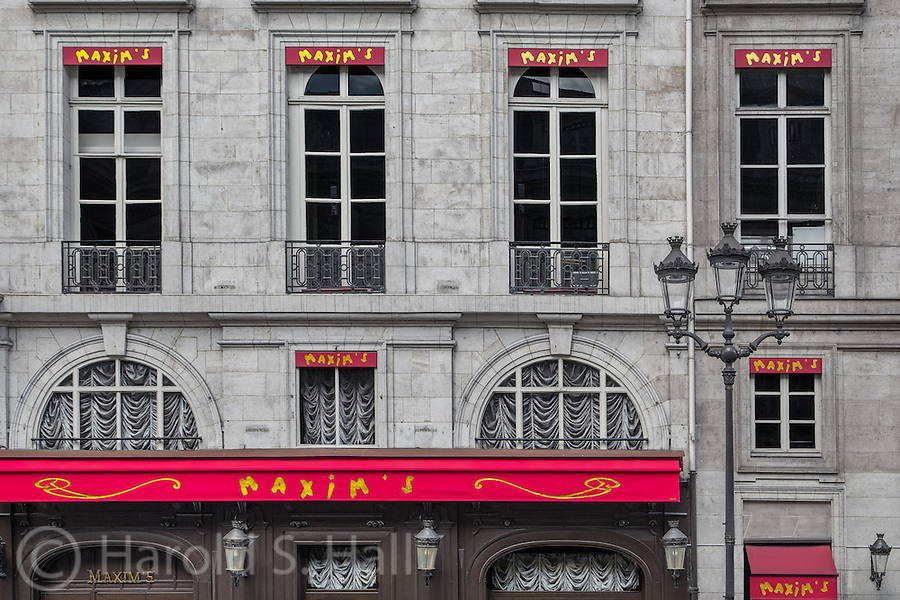 Maxim's restaurant is known for their select clientele and their art nouveau decorations. Wolfgang Puck was a chef here. During a renovation, workmen discovered a treasure trove of lost coins and jewelry that had slipped out of the pockets of the wealthy and been trapped between the cushions of the banquettes.
During the Paris famine in 1870, caused by the German blockade, much of the Paris zoo was consumed at Maxim's. This included elephants and hippopotamus.
© Harold S Hall 2012
France, Museums, Paris, Maxim's, restaurant, red, building